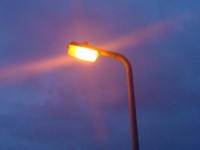 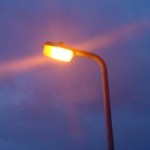 “Leicestershire County Council has saved more than £500,000 in less than three years, simply by switching off or dimming street lights.” according to an article in This is Leicestershire.

This will provide an ongoing saving of nearly £400,000 per year.

The usual concerns about increased crime is mentioned however this hasn’t happened – something that is borne out by similar projects in other areas.

It’s about time that Irish councils adopted similar measures. While we know that some councils have had engineers look into the possibility, some councillors have chosen to use this as more of a threat for non-payment of the Household Charge rather than a positive move.

Please consider writing to your local council asking them to have a look at what Leicestershire and other areas in the UK have done and investigate the feasibility and potential savings of similar approaches here.

The full article can be found at http://www.thisisleicestershire.co.uk/Council-saves-pound-500-000-adjusting-street/story-17740743-detail/story.html